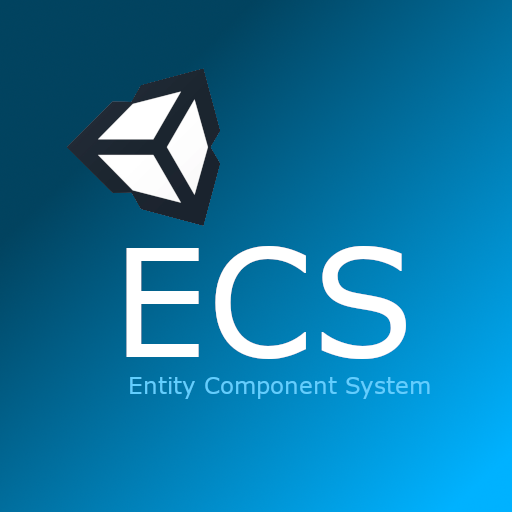 Hi, my name is Piyush Nitnaware and I am client engineer at SPARKCREATIVE.co.jp.
This article shall give you an insight of Unity's new way of programming. Unity has had a new addition in the system known as DOTS (Data Oriented Tech Stack) and ECS (Entity Component System) is a part of this new addition and is available in Unity 2019 and later.

E - Entity - It is used to group together components, much like lighter version of traditional game object.
C - Component - It act as containers for data that are related to the entity. Unlike traditional mono behaviors these components don’t have any logic.
S - System - It defines component based behaviors i.e., it contains logic. And logic manipulates the data.

An illustration of memory handling in traditional method

On the other hand, ECS tries to group data into chunks and keeps the data as close as possible in the memory. Components are more likely organized in the memory.

An illustration of memory handling in ECS

Approach with MonoBehavious
Unity’s traditional way of handling data and systems is still present and available in Unity. MonoBehaviour allows us to work with data and system simultaneously, however it is a bit chaotic way of working.

Approach with ECS
In ECS, data and system are separated in their respective blocks, resulting in more cleaner code with better understanding.

ECS Archetype
An archetype is a set of components which belongs to a certain entity, in short it’s a component signature. All component data is stored in 16kb chunks of memory called ArchetypeChunks. Archetype is a kind of container which holds a unique combination of component types.
For example:
In the following illustration, Entity A and Entity B share the same Archetype since they have the same components. But Entity C is having extra Component A which makes it different than the other. 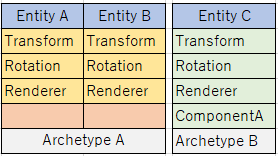 Consider ECS as a relational database where Archetypes are tables, components are columns and entities are indices within the table (rows).

Types of ECS
There are two types of ECS that Unity provides to work with:
• Pure ECS : Lots of boilerplate code required
• Hybrid ECS: Easy to work with

Workflow of ECS
Before we move onto creating an entity and coding with ECS, let's setup the functionalities required for ECS. As shown below, open Window/PackageManager and download the following packages.
Packages
1. Entities
2. Hybrid Renderer 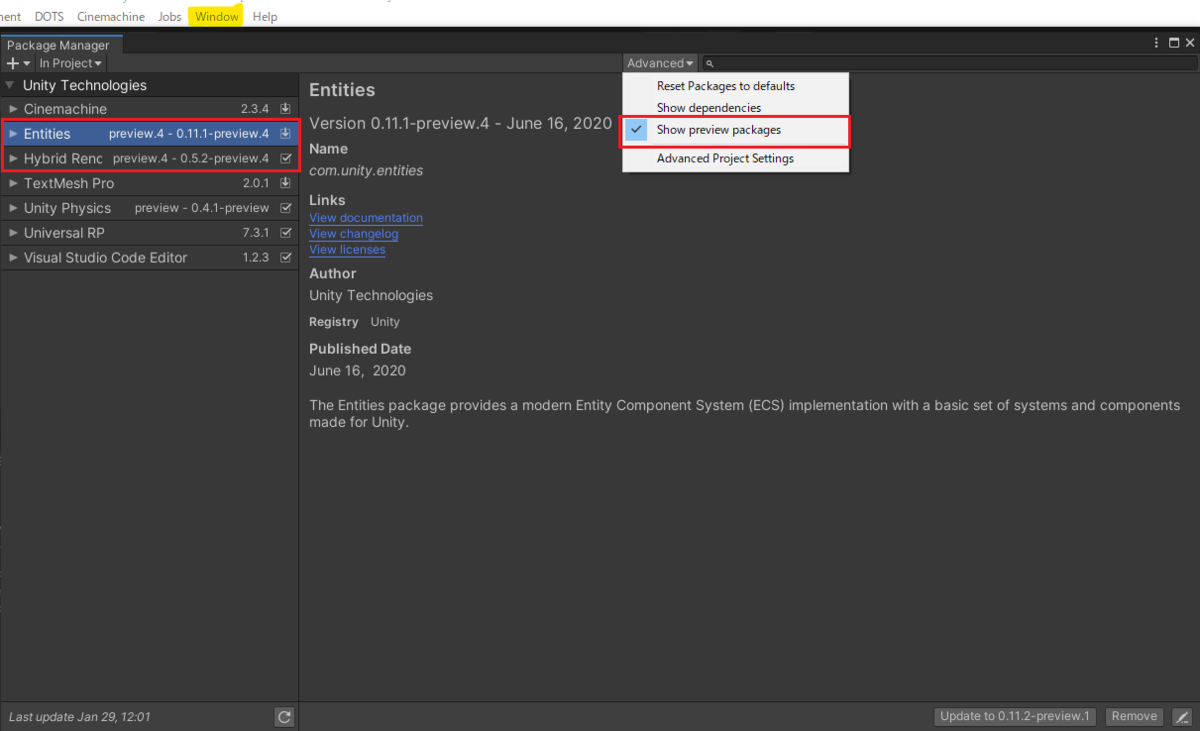 So, let’s begin by creating our first cube with ECS. First we shall create a cube with pure ECS approach and then we shall do the same using hybrid ECS approach. 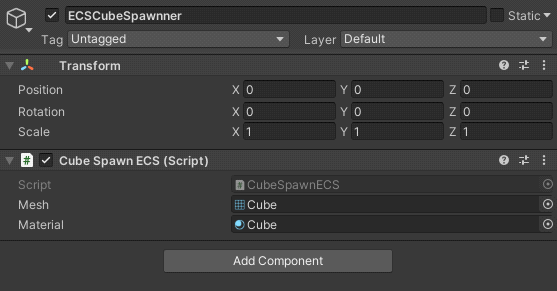 Above image shows the inspector window for adding a component in which you need to assign your desired mesh and material. As we are going to create a cube, I have added cube mesh and material in their respective field.
Now lets understand the previously mentioned code for creating a entity-cube step by step.


EntityManager is responsible for creating entities, so its reference has been included in our local variable. EntityManager can be obtained from current World.

Next, by using above code, we can create our first entity with components associated with it. But it is not a proper way of writing the code. Instead of creating entity directly, its better to create Archetype first and then use it to create the entities. We can replace above code with the following correct code.

Above code conveys that we are creating an Archetype first and then creating an entity with the same archetype. Unity needs to know archetype in order to store the data inside memory in a more optimized way.

Finally, we have added the mesh and material which shall help ECS to show cube on the screen. Please do note that while adding the RenderMesh component we must use “AddSharedComponentData”.
Mesh and material are the components which RenderMesh expects from us. So we need to provide the same in the inspector window and assign desired mesh and materials in their respective fields. Also please note that we need to use “RenderBounds” and “LocalToWorld” components in order to make the Cube visible on the screen.
Before we move forward, play and check the Game Window as well as EntityDebugger Window. We have our Cube in the game window but it will not be available in the Hierarchy. In order to view the same we have to open EntityDebugger window. 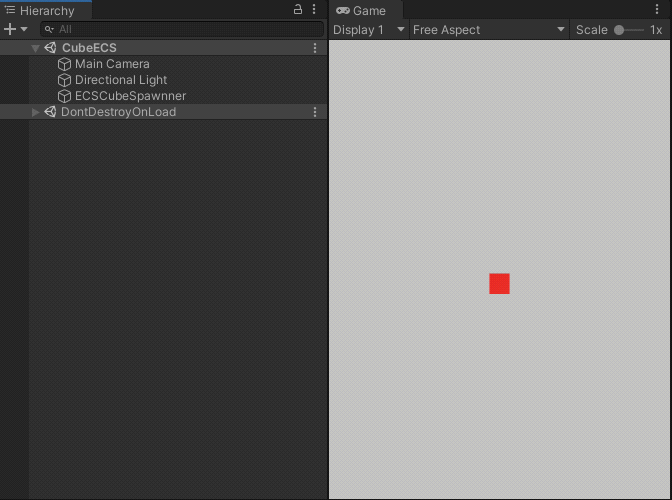 Unlike GameObject the red cube can be visible in the game window but not in the Hierarchy
Now let’s check our EntityDebugger Window. Go to Window / Analysis / Entity Debugger for the same. 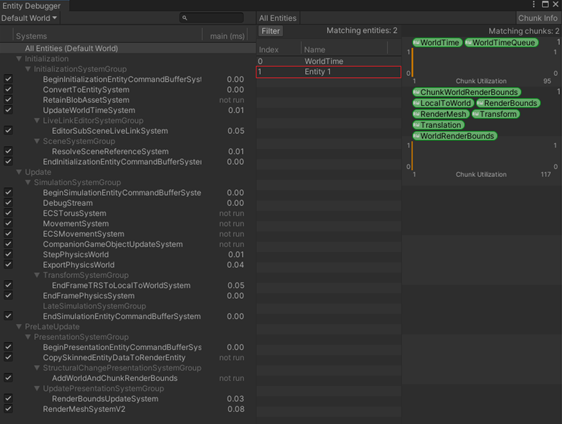 Entity Debugger window
We can see our Entity in our Entity Debugger. We have WorldTime and other entities. And on the right hand side we can see different components associated with our Entity, which we have just assigned to our entity in the code.

Hybrid ECS Approach
Now, let’s create the same cube using Hybrid ECS. Also I shall create a simulation so that we can compare ECS simulation with traditional workflow.
Hybrid ECS is very straightforward and we do not need to write boilerplate code. Follow below steps to create a cube using hybrid ECS.
1. Just create new cube mesh in the Hierarchy.
2. Then add a new component. DOTS/ConvertToEntity
3. Then drag it to the asset folder to create a prefab of it. 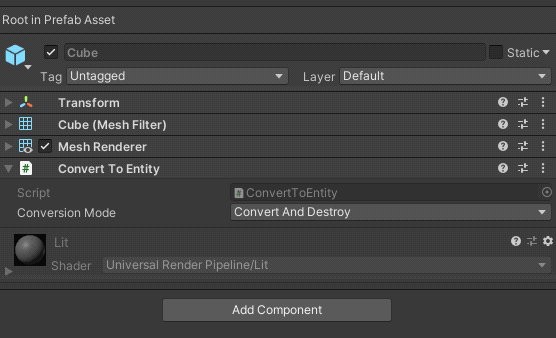 This time we need to assign the reference of our newly created cubePrefab to ecsPrefab in the inspector window as shown below.

Assign Cube Prefab to EcsPrefab slot
Here in this approach, we do not have to create an Archetype of our Entity. “DOTS/ConvertToEntity” will do that for us. Rather we are just instantiating our Cube prefab by using entityManager.Instantiate() method instead of GameObject.Instantiate() method.

The output is similar to pure ECS approach. Cube can be seen on the screen created by hybrid ECS method. You can check the components associated with the entity in the Entity Debugger window as shown previously. 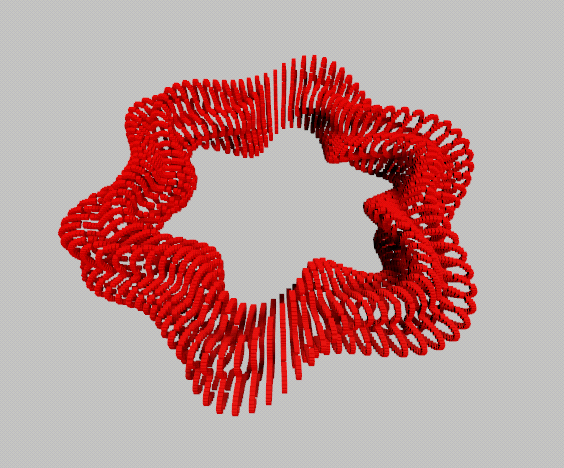 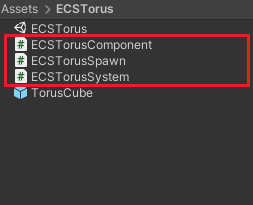 As we are animating each and every cube around the circle, we need some variables to get information about each cube.
ZVal, step and resolution are the static variables which are used to store the global data about our torus.
xAxis and index have the specific data of each cube, which we require to calculate the position of the cube.

Above code contains mathematical equations to have circulating cube to form torus. In short, we are taking all the entities into account and then are calculating position of each entity and assigning a new position to it. The same is repeated to get a smooth simulation of a torus. The code could be a bit difficult to understand, but we are not going to go in depth of the process here. Since our target today is to determine the performances of ECS simulation and the traditional one. I encourage you to learn more about this mathematics in this blog-> Cat like coding.

3.ECSTorusSpawn
Now before we play, we need to initialize our data inside the “ECSCubeSpawner” script.

Code Explanation
Here we are spawning N numbers of cubes based on resolution. The above code is almost same as the code that was used to create the cube. But this time we have added NativeArray

Time for testing our simulation.

Since we have set resolution to 10, only 100 cubes are present in the simulation on the screen, not so interesting. Now lets increase the number of cubes to get better simulation.

But before we run our simulation enable the burst compiler from [Jobs/Burst/Enable Compiler] this will give extra boost to our simulation. 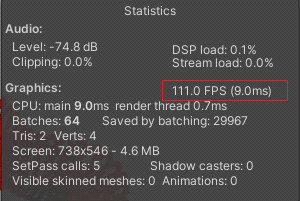 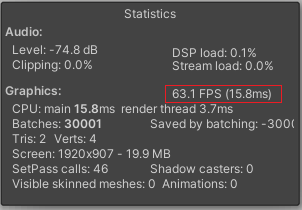 In the above simulation we are just getting 63 FPS (15.8ms) for the same number of objects.

Conclusion
With the comparison of torus simulations of ECS and MonoBehaviours, it has been established that ECS simulation has better performance than that with the traditional one. In the ECS simulation, even with 10,000 active entities on the screen we are getting pretty good FPS 111.0 FPS (9.0ms). However in the MonoBehaviour simulation, we are just getting 63 FPS (15.8ms), which means ECS has given twice the FPS for same number of entities/object. We could get even better FPS than this if we use C# job system and burst compiler. But that would be for the next blog.

Thank you for reading.